ENAIRE has put new landing approach procedures based on the GPS constellation and European EGNOS satellite navigation system, into operation for threshold 03 at the César Manrique-Lanzarote Airport.

This runway threshold area already has ILS (Instrument Landing System) procedures and the EGNOS system offers an extra alternative in the event of ILS failure due to incidents or maintenance; the implementation of such alternatives helps to streamline operations for airlines and passengers.

To implement this project, a work agreement was signed between Saerco, César Manrique-Lanzarote Airport’s aerodrome control service provider, and ESSP, the company providing the EGNOS system, in which ENAIRE and air navigation managers from Germany, France, Italy, Portugal, the United Kingdom and Switzerland all participate.

These new EGNOS manoeuvres, designed by ENAIRE, do not need terrestrial radio aids, so they offer an efficient cost-effective solution compared to conventional approaches based on the use of ground-based systems. Aircraft must be properly equipped and crews adequately trained however.

ENAIRE drew up the safety studies required and duly approved by the State Aviation Safety Agency (AESA). The improved performance of the EGNOS system in the archipelago in recent months has been a key factor in successfully completing the project.

By implementing these manoeuvres in Lanzarote, Spain now has a total of seven airports with procedures based on satellite navigation: Almería, Seve Ballesteros Santander, Fuerteventura, Valencia, Palma and Málaga-Costa del Sol; the latter airport has a satellite navigation system, known as GBAS, for high-precision operations in low visibility conditions. On May 23, Lanzarote became the latest airport in Spain and first in the Canary Islands to use this European system. 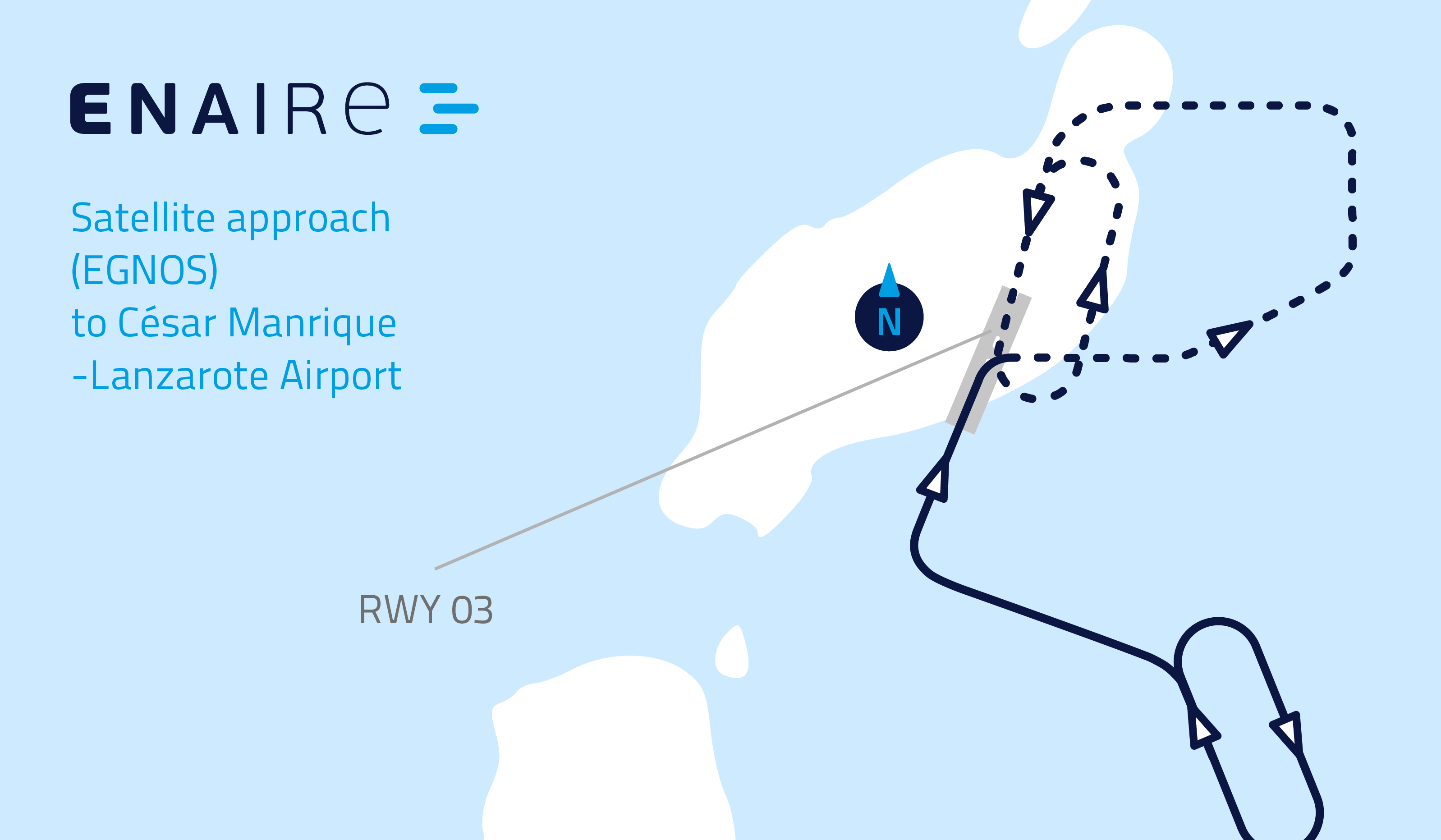